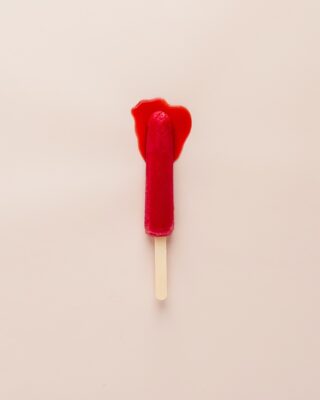 I’m talking about a period. No one seems to talk about this subject. It’s something all women live with, but it’s still taboo. It’s been around since the existence of Adam and Eve, well, more Eve, but you get the point. But why don’t we talk about it more? While I’m not sure, I want to talk about it. Now. Today.

I started mine when I was in 4th grade and was one of the only girls to have it. I was nine years old, embarrassed and felt like it was torture. My mom, who is a nurse, gave me all the science mumbo jumbo hoping it would help ease my mind. I just knew I was becoming a woman at an early age and couldn’t do some of the things I wanted to. It meant no swimming when my friends wanted to go and I couldn’t play soccer because the pain was too much. Heck, I couldn’t even use a tampon because I was too young. And these so-called friends knew I had it without me even saying anything and teased me. They say girls can be downright mean and that is definitely true.

As I learned to cope with it. My mother and doctor decided to put me on birth control because the cramps were so bad. I think was 11 or 12 at the time. As an adult, looking back, I have a strong suspicion that that was WAY too early. It helped the cramps somewhat, but it made other things change. I had to take a pill every night before bed that would change my hormones greatly. My feelings and emotions became stronger. And as an adult, my sex drive ranged from high priority to non-existent. Despite the mood changes and weight gain, my doctor kept me on birth control until I was in my 20s. That’s when it became my decision to stop taking it.

When I stopped “the pill” my cramps were more noticeable. On Day 1, they were severe, mild on Day 2 and almost gone on Day 3. The first day was even so bad sometimes I would have to stay home from work. Advil and a heating pad were two of my best friends. Some of my actual, real-life friends didn’t have cramps at all but the length of their period lasted longer than mine. We didn’t tell each other when we had it, just kind of knew.

Behind closed doors, we had quiet conversations. Our discussions were about our periods were always done in whispers. Keeping these conversations a secret were important. Society didn’t accept conversations like this out in public. Even my mom thought having conversations out in public would leave a stigma or a mark. As an adult, I’m still not sure why. It’s a natural thing that happens and all women should feel free to discuss anything they want. Remember freedom of speech?

Today, my periods are regular, about every 30-35 days my friend Paco comes to town. My cramps only happen in the mornings of Day 1. My mood swings happen before Paco actually visits. I think my husband knows it’s coming because of how many tears I shed. And it’s gone in about 3 days. It’s changed a lot since I got my first period, almost 30 years ago. My experience is very different now and I attribute that to the changes I’ve made.

Exercise became important for me and the more regularly I exercised, or just moved my body, the less I felt the cramps. It wasn’t about how strenuous the workout was or how many calories I burned. But rather about how many days a week I moved.  Recommendation: Aim for 4 or 5 days a week. It helps more than just your period symptoms.

I realized proper nutrition was a lifeline. The food that I ate had to good, quality food and if it didn’t, my body would pay. I would feel sicker, more puffy and when my period came around I would really feel it.  Recommendation: Shoot for the 80/20 rule. Have 80% of your food be quality, clean foods that will nourish your body. Allow the other 20% to be whatever you want.

And the mindset I had to have. I never thought having my period was a blessing. I always thought it was a curse. But as I aged, I realized it was neither. My thoughts changed from my period being a curse to way of life, something that was just a normal occurrence. When I started to think that way, it became something I just dealt with each month. Recommendation: Change your mindset, change your ways. As you start to think about your period differently, you will feel like it controls you less and is less of a burden.

Thankfully, I had many resources at my fingertips that helped me make these changes along the way. And I’d like to continue the conversation with you. I want to remove the uncomfortableness that surround having a period and get information out there. If you’re brave enough, comment below and share your experience! I’d love to hear about it.

Get your free eBook all about organizing your life and be the first to hear about all the things!

No products in the cart.